Add/remove speaker to your shortlist

Cafe Scientifique: I love It When A SCAM Comes Together

Cafe Scientifique and the Bristol banch of the British Science Association presents... : I love It When A SCAM Comes Together ! - A Science talk like no other

This evening’s topic is about the Science of.. Scams, PsudoScience and Organisational Resilience.

The talk features SCAM demos, the background/history to the scam/fraud, with a bit of Magic and Humour thrown in,
including some Audience participation.

The talk's featured subjects are:
- Health and Wellness Scams
- Personality Testing Scams
- Cyber Fraud
- Leadership Scams
- the real history and background behind NLP and CBT (including how they are connected)

I'll be talking about the people behind the scam, who are they and what were they doing in that time period.

10 interesting stories, backed up by facts and figures - and things you can check out yourself. The talk will be a mix of Modern scams, technology scams, and scams from the past - all with a critical and scientific eye on them.

Oh, and I'll be talking about Butt Plugs too, on how they "cure" depression and headaches.. well, not so quite, as you will find out in the talk.

SCAMs.. so What are they? How do they work? Why do they affect everyone and take advantage of the Vulnerable and Disabled ? Why don’t they work? Are they just tricks? What is the story behind the Scam?

One of the mysteries of the con-artist is, why do they bother? Often they are Charismatic, Energetic, Imaginative (they use Imagery and CBT tricks). They might be Ambitious and Unscrupulous – so why don’t they build up a decent, respectable business, instead of robbing hard working people and big blue chip companies?

The most unscrupulous criminals seem to target older people and those with disabilities precisely - because they tend to be honest and trusting. So the con-artist shamelessly lies to them.

The talk will also feature tips on how to Protect yourself and where to turn to for help and advice.

More about our speaker:

Sam is an experienced Broadcaster and occasional technology reporter for the BBC World Service on Click. He also helps to run the successful charity event Epilepsy Awareness Day and Expo, held at the Disneyland Resort in California, USA every November.

Sam is an actor on stage and screen (a alien Zombie on Doctor Who a few times).

In the Computer Science world he’s been a Beta tester and futurist for WordPress, TWTTR (yup, Twitter in its Beta stage in 2007), Ustream TV, Twitch TV, Justin TV and other web platforms. He has also assisted VC’s in Silicon Valley.

More recently he’s started to bring 360 film-making more into his work. He’s currently experimenting with pushing the boundary on 360 VR “storytelling’ and live streaming. Sam has also talked on the subject of VR at the VRWC in Bristol and at other VR Conferences and Technology Conferences around the UK and internationaly.

Health wise, Sam has a rare genetic form of Epilepsy called “Dravet” a Epilepsy Syndrome. He gives talks about living with the condition to raise awareness, alongside being the U.K. Ambassador for the yearly Epilepsy Awareness event held at the original Disneyland Resort in California. www.epilepsyawarenessday.org ).

He loves Magic and Theatre. He's a skeptic too, he attends various Skeptics in the Pub talks, asking questions at them and has also held talks. 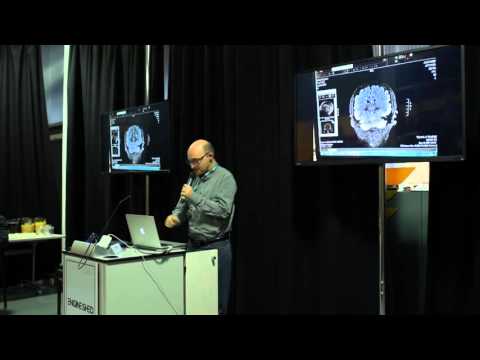 A personal story: Epilepsy and me

Health, data and the public good: Practical examples and planning for the future.

These afternoon and evening sessions will bring people together to learn and discuss how health and data interrelate, and how they can be harnessed for the public good. The sessions include a conversation cafe, lightning talks and networking opportunities, and are jointly run by the RSA West (Royal Society for the encouragement of Arts, Manufactures and Commerce) and Bristol Health Partners.

The event will bring together people and information about local and national initiatives, raise questions and invite participants’ opinions on important issues.

My talk is about Epilepsy, Seizures and my Brain (well, the Human Brain). What is it like to live with seizures? How does it affect cognition? Whats the science behind it? What first aid is there to give? and.. What about the technology ? My talk is brief, I could have talked for more.

I Love it when a SCAM comes together "Scams, Contricks, Happiness/Behaviour Scams and Fraud"

Talk delivered at: Bristol Skeptics in the Pub
(link: http://bristol.skepticsinthepub.org/Event.aspx/4676/Open-Mic-Night )

In this talk Sam Downie demonstrates a few tricks that the HR / Coaching industry use within Character Strengths. Sam will also talk briefly on the popularization of the Health and Wellbeing business industry, and positive psychology gurus and experts in the 'science of happiness'.

One of the mysteries of the con-artist is, why they bother? They are often energetic, imaginative, ambitious and unscrupulous, so why don't they build up a decent, respectable business instead of robbing hard working people and companies ?

It's because con-artists all regard the people they deceive simply as walking wallets, to be ruthlessly squeezed, emptied and thrown away. The most unscrupulous criminals target older people and people with disability's precisely because the older generation and disabled, honest themselves, trust other people to be honest and caring as they are. So the con-artist will shamelessly lie to us.

Currently: Pseudoscience and Scams Buster, Radio Broadcaster on BBC and other radio stations